The Acid Ball Python is a pattern altering incomplete dominant mutation discovered by Josh Jensen in 2014.

When Josh first began breeding Ball Pythons he had the belief that to make it as a respected member of the reptile community, you either need to start out with a bunch of money or have a new genetic trait.

Josh started searching everywhere and anywhere he could find “dinkers” and came across an ad for a collection that was being sold which included a couple of het Hypos and 3 Dinkers.

The moment Josh saw a picture of one of the Dinkers he called up the seller, who informed him it has been imported from Africa and refused to eat. Even with the warning of it refusing food, Josh bought it straight away and took it home to quarantine. Josh instantly got the animal eating rats and later it paired with an Albino.

When the babies hatched, Josh was ecstatic to find out that it had proved incomplete dominant. [2]

The Acid Ball Pythons head tends to be dominated by a clover shape headstamp.

The body of the Acid Ball Python is covered in extremely irregular, connected alien heads.

The belly of the Acid Ball Python tends to have a zig-zag band of black scaling the majority of the way down, giving them what is commonly referred to as a “zipper”.

The Acid Ball Python tends to display stripes on the tail. 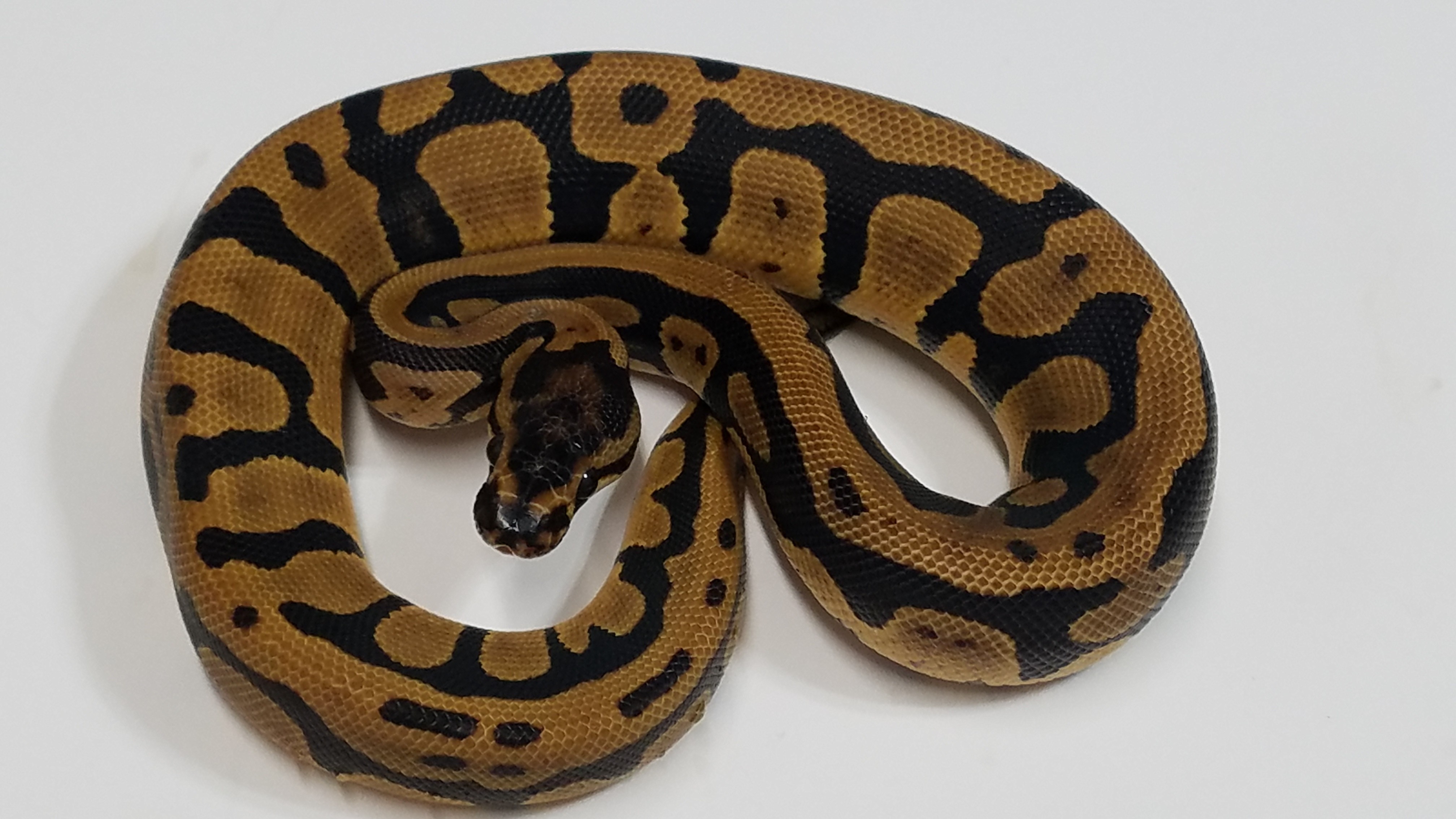 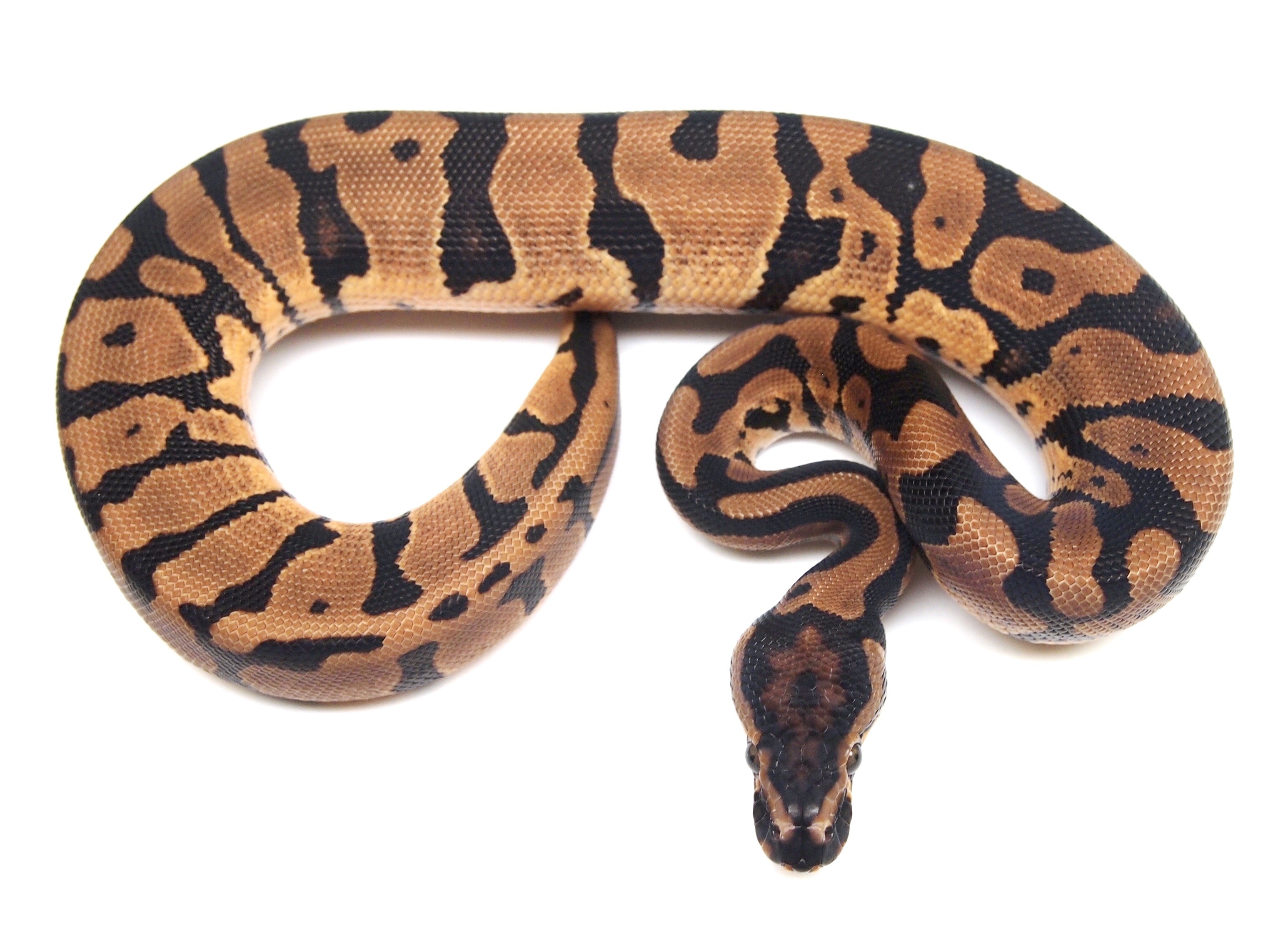