No history on the original line of Platinum yet.

Reach out Reptiles produced a completely unrelated line of Platinum from a pure Kalatoa pairing in 2020.

Platinum reticulated pythons usually have a reduced head stripe, tending to stop around the eyes.

The Platinum reticulated pythons are almost entirely yellow as juveniles, which usually becomes silvery with age.

Platinums start off in life looking almost entirely yellow with a white belly. As they age some silver becomes apparent. Like the Super Tigers they too sport a reduced postocular stripe. The scales along their back are outlined in black. They also have a Sun Fire like tail where the side medallions are devoid of the white/silver colors. [1]

Platinum on its own in its heterozygous form actually brightens and enhances the background pattern of the snake.

With reticulated pythons, their pattern and color comes in different areas.
There’s the black dorsal pattern, which is heavily reduced in a Platinum. And there is the base color, which is the golden areas of the snake that typically surround the dorsal pattern, which in the case of Platinum, washes over the entirety of the body, leaving a very clean and reduced look.

A Platinum reticulated python is either het Lucy or het Ivory. If two are bred with each other, that’s when the Ultra Ivory is made. Very similar to White Phase and Purple Phase Albino making the Lavender. [2] 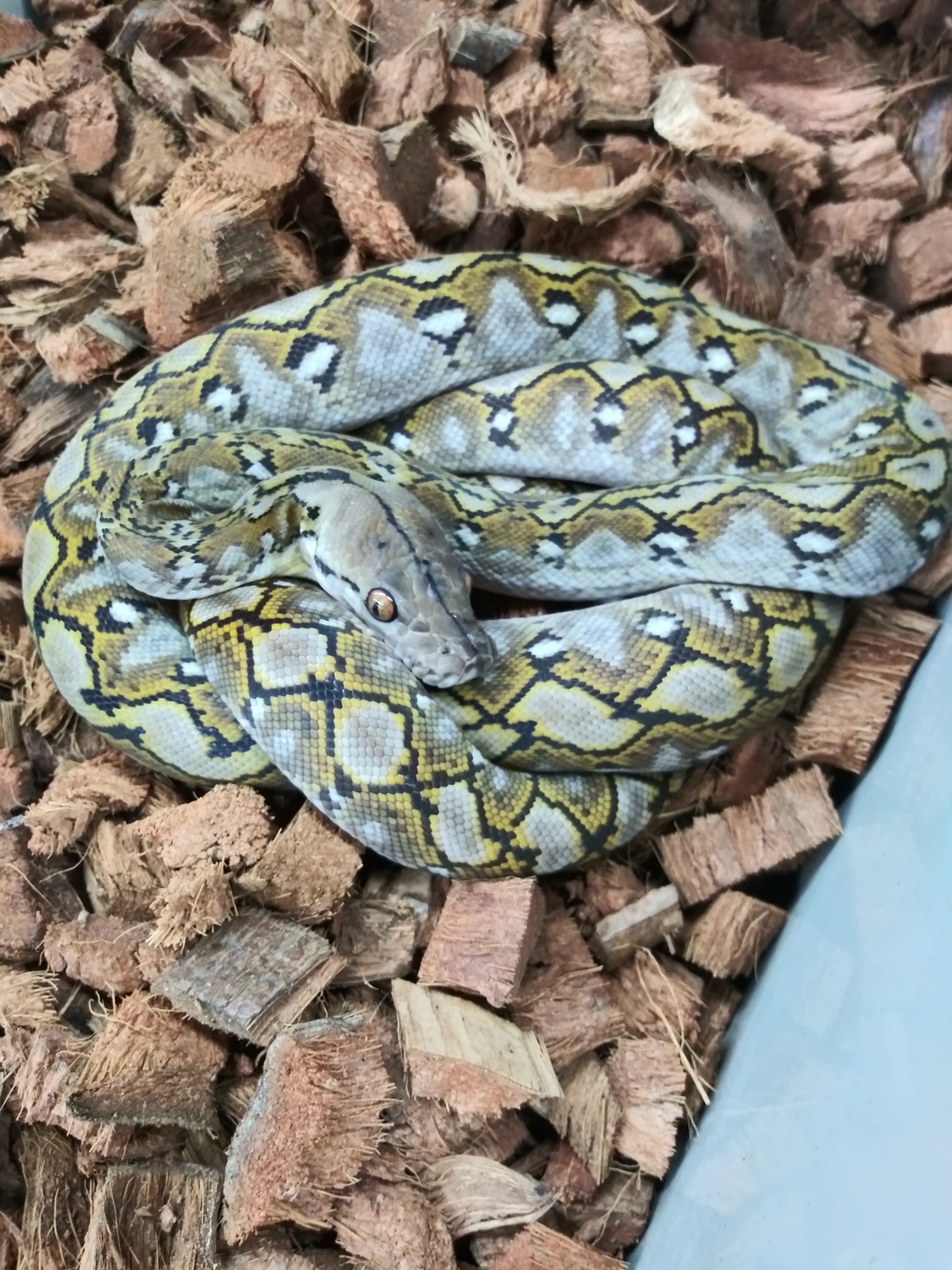