A Melanoid will be m/m – homozygous for the recessive gene that affects iridophores (shininess).

A Melanoid will always be m/m, but it can have any combination of the other genes that affect a color (e.g. a Melanoid can be dark and non-iridescent since it is m/m but might also be A/a, D/d, and AX/ax, therefore it could produce pretty much any coloration depending on the genotype of the axolotl it’s bred with). The exact coloration of the melanoid will depend on the 3 other genes. There can be Melanoid Albinos, very dark Melanoids, light gray Melanoids, (gfp Melanoids), etc. [1]

Melanism is a recessive mutation similar to albinism, but instead of affecting melanophores, the mutation acts on iridophores. All axolotls receive either the M or m allele from each parent.

Since they have no iridophores, they are unable to produce cystallized purines.

This mutation also has a spillover effect: the lack of iridophores triggers the conversion of some xanthophores into melanophores. This is why melanoid axolotls show more eumelanin (black) than any other color morph, and almost no pteridines (yellow). This gives them a grey appearance, which can border on blueish under the right wavelengths.

Due to the reduced number of pteridines, which are important to immune function, melanoid axolotl larvae have a slightly lower survival rate than wild-type or albino axolotls. This is why melanoid axolotls they tend to be a bit more expensive and slightly less common on the market than other color morphs. [1:1]

This recessive mutation was first found in 1961 in a laboratory and is now fairly common. Black Melanoids are the opposite of Albinos. Melanoid species have more melanophores and fewer iridophores. [2]

Some individuals eyes look similar to a dark wild-type, but will lack the shiny golden iris seen in wild axolotls. [3]

They can range from a dark green to a completely black color with dark purple gills.

Black Melanoids are able to change their color tones depending on the substrate. This color change is not permanent, and your axolotl will change with any substrate:

This axolotl has an increased amount of melanophores, or dark pigment, and lacks shiny pigments. This lack of shine means they don’t have golden flecks or other colors throughout their bodies like a wildtype. They are one solid black color. [5]

They tend to have lots of dark pigment (D) and not much of the red/yellow pigment (AX), so they are USUALLY very dark, even black. This is certainly not always the case. Plenty of Melanoids are grey, even light gray, and some can even be Albino since that’s a totally separate gene. [6]

Most Melanoids also have a paler grey or purple belly. [7] 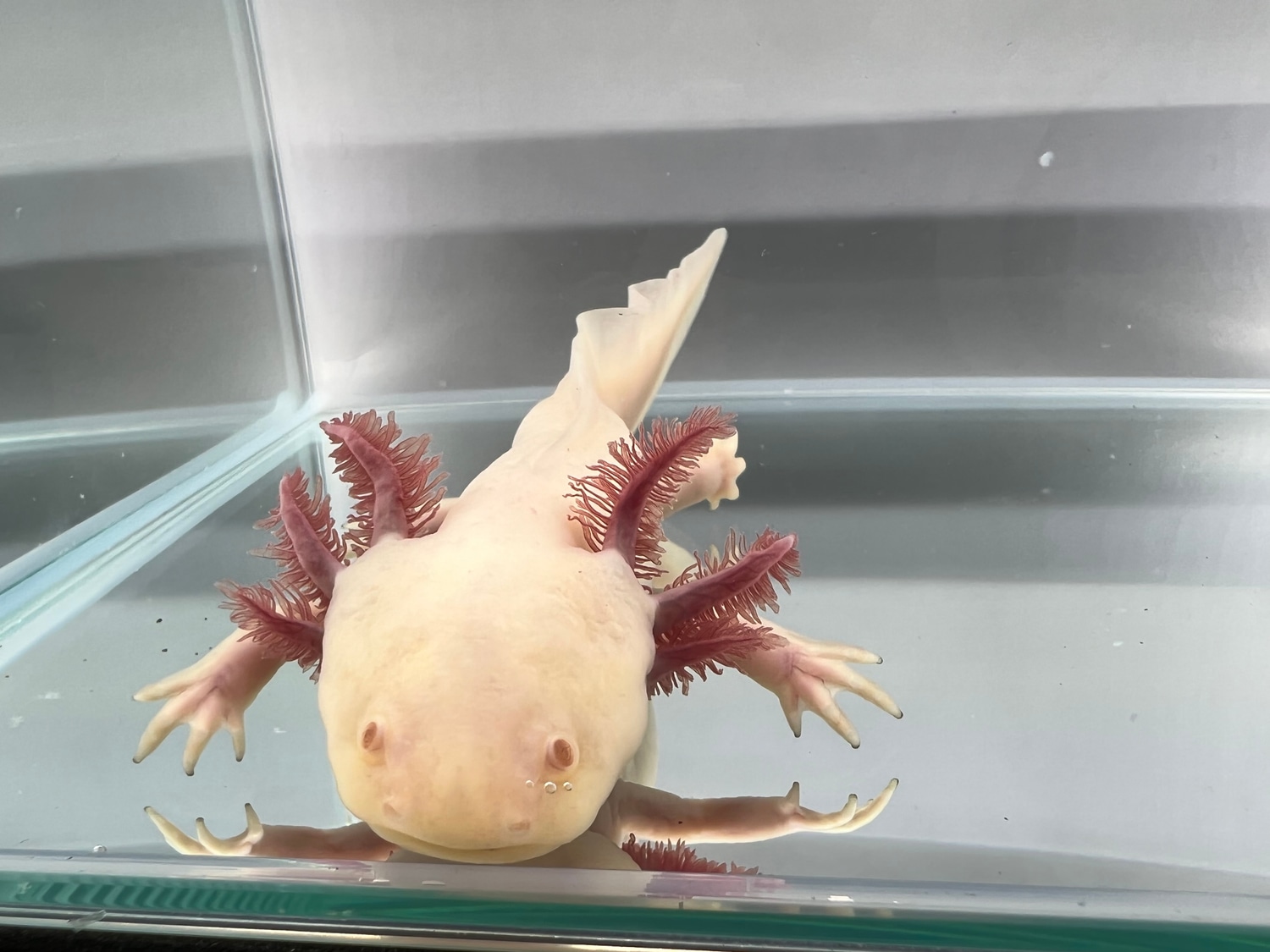