Ultra is a recessive mutation.

In early days, this name Ultra Hypo was used to denote a hypomelanistic looking cornsnake selected for very bright coloration. Starting in about 2003, a suspected new form of Hypomelanism was discovered and somehow this same name got attached to it.

Exotics by Nature Co: "I have been in the Corn snake mutation hobby since I was a young teen in the 1990’s. I am the owner of the Exotics by Nature Company so my past and accomplishments can be easily vetted. If you want the TRUE ORIGIN of the ULTRA gene then I will tell it here for the permanent record.

I first showed these ULTRAMEL Corns labeled as T+? Albino starting as early as 2001. The founding stock was all purchased as standard “Hypomelanistic” Corns from the legendary Merker’s! Gerold and Cindy Merker themselves, probably unbeknownst to them completely! I first showed Don Soderberg these animals at ETHS Houston 2001 and at that same show he also saw a completely unrelated project from Andy Barr that turned out to be a hybrid. Don’s memory has clouded these two distinctly different lines in his recollection of that fateful Sunday afternoon. The T+? animals were all produced from animals that I purchased directly from the Merker’s.

CRAZY FACT… If you search back to a Late 90’s reptile magazine article in the center feature on Cornsnakes. The infamous Reptiles Magazine centerfold was in fact a “Hypomelanistic Cornsnake” Photo courtesy of Gerold and Cindy Merker and that is IN FACT the very first known ULTRA CORN!!" [1]

The body of an Ultra corn typically is lighter or brighter than a Hypomelanistic corn. They are usually shades of light orange and red. They lack the characteristic black borders of a normal corn, and instead have brown or gray.

The belly checkers of an Ultra corn will typically be shades of brown or gray.

This allele for this new form shares the same locus as amelanism, and caused early breeding efforts to have some confusing results until this was understood. [2] 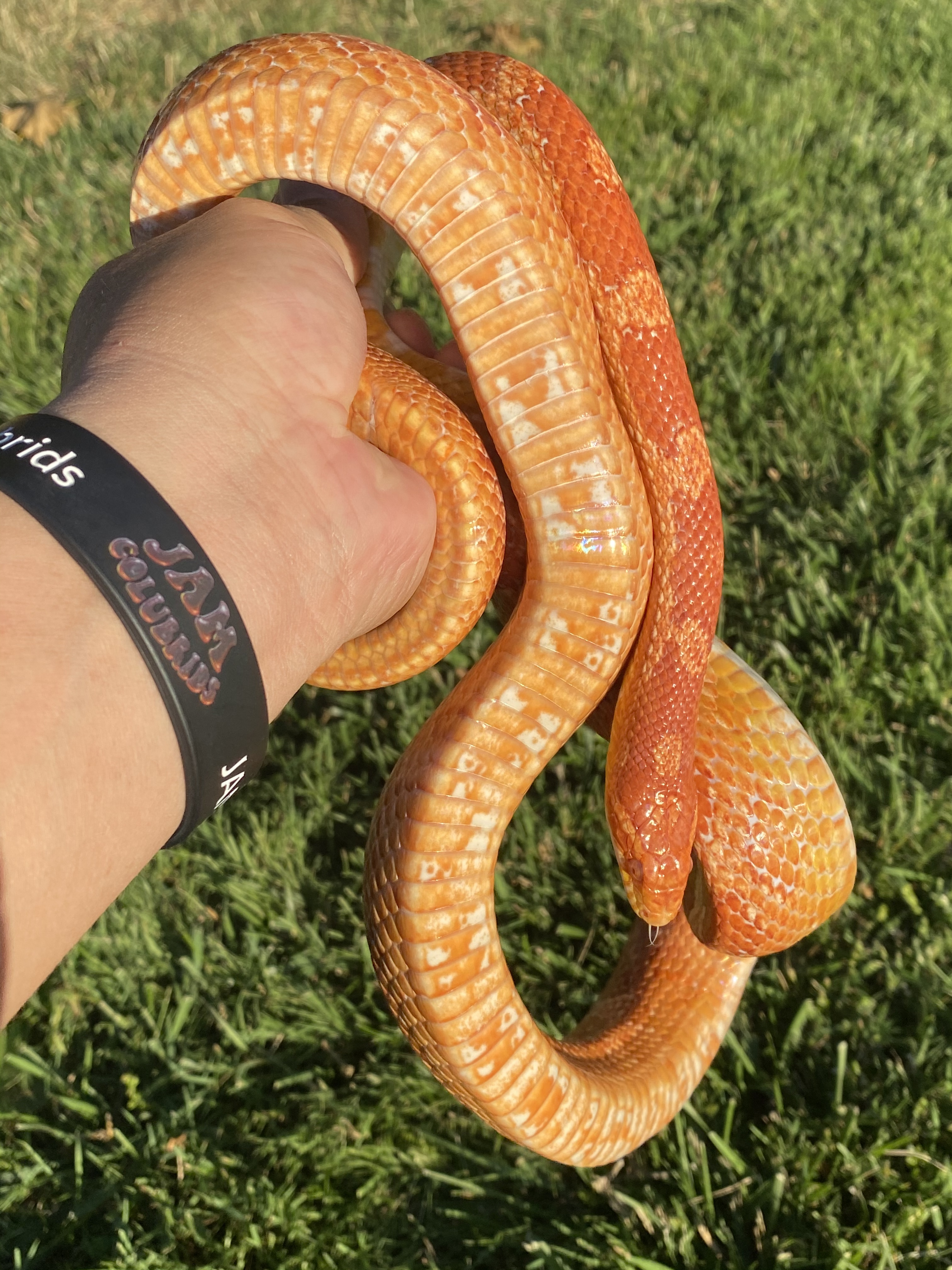