The first wild caught Clown ball python had small dark tear markings beneath the eye that reminded Vida Preciosa International Inc, the original producer of the Clown, of tear drops often displayed by clowns, giving it the name.

Some time around 1996, Dave and Tracy Barker of Vida Preciosa International (VPI) imported an odd male ball python from Africa. The animal had an unusual head pattern and an extremely clean body pattern with a pale yellowish-gold background. A spot under the animal’s eye reminded them of a clown’s tear, so they named the mutation “Clown”.

In 1998, VPI paired the odd male to a few normal females and produced clutches of normal-looking balls. This proved that the mutation, if it truly was genetic, to not be incomplete dominant.

A year earlier, they had acquired a 1.2 group of hatchlings from Africa that also displayed this same pattern, so after getting to breeding size by 1999, they paired them together and produced the first Clown offspring. In 2000, the 1996 Clown was bred with the 1997 Clowns and produced another lot of visual Clowns.

Meanwhile, BHB Reptiles had also managed to acquire a male wild caught animal that displayed these exact traits, so in 2001, he paired this to a Clown from VPI and produced his first Clown clutch. [2]

Compared to the clean, dark head of a Normal ball python, the Clown is bright and busy, with markings showing above the lips, beneath the eyes and the crown of the head.

The Clown ball python has a hugely reduced pattern with a thick, dark brown dorsal stripe and only slight banding from the “alien heads” of a Normal. Patterns are crisp and clean, with fewer spots and smudges showing.

The belly of the Clown ball python is usually clean with a yellow undertone running down the central scales and the outer edges showing faded spotting.

The tail of the Clown ball python is usually dominated by the thick dark dorsal stripe.

Clowns usually show teardrop banding down their body, which can range in thickness and length. 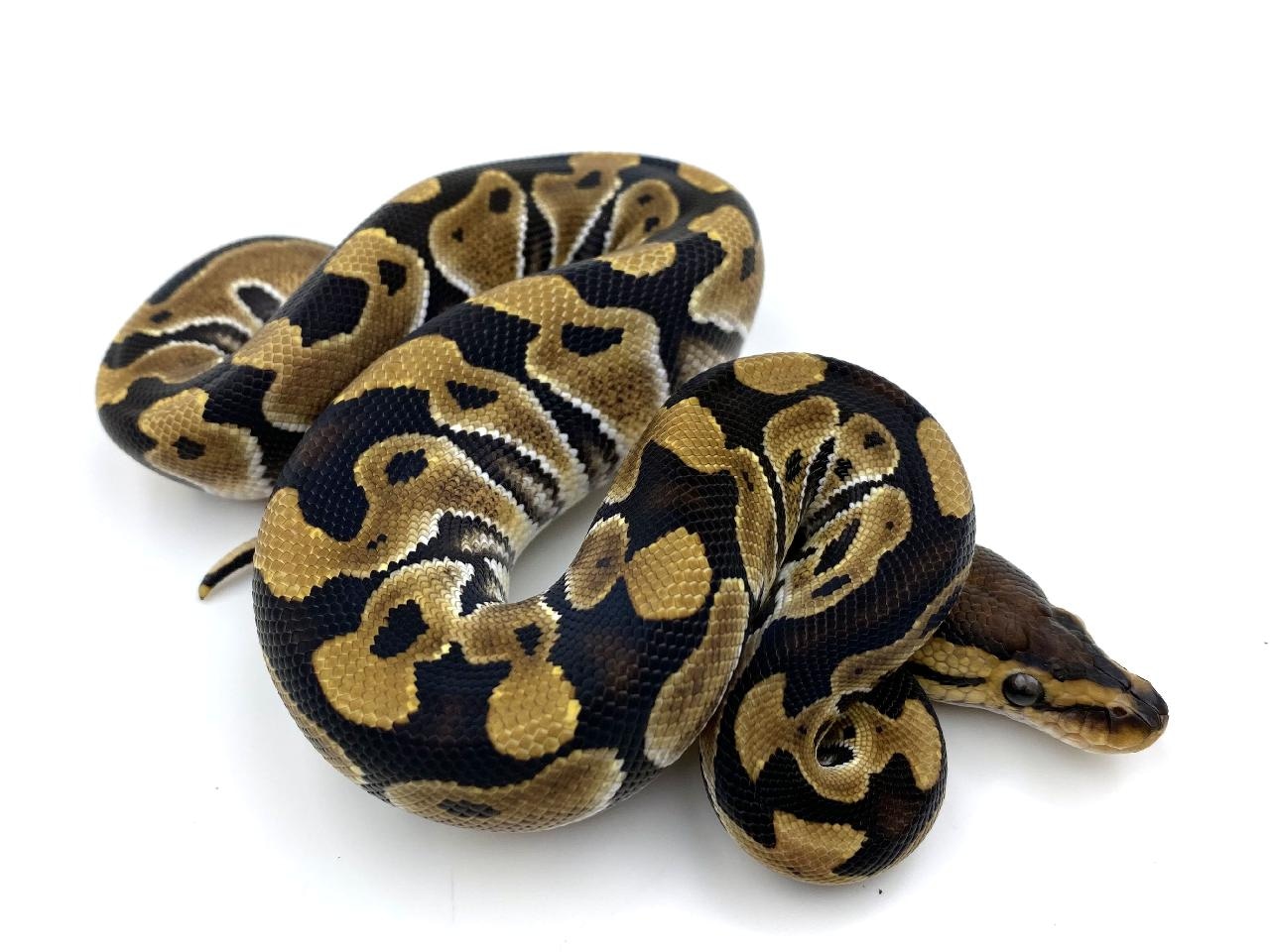 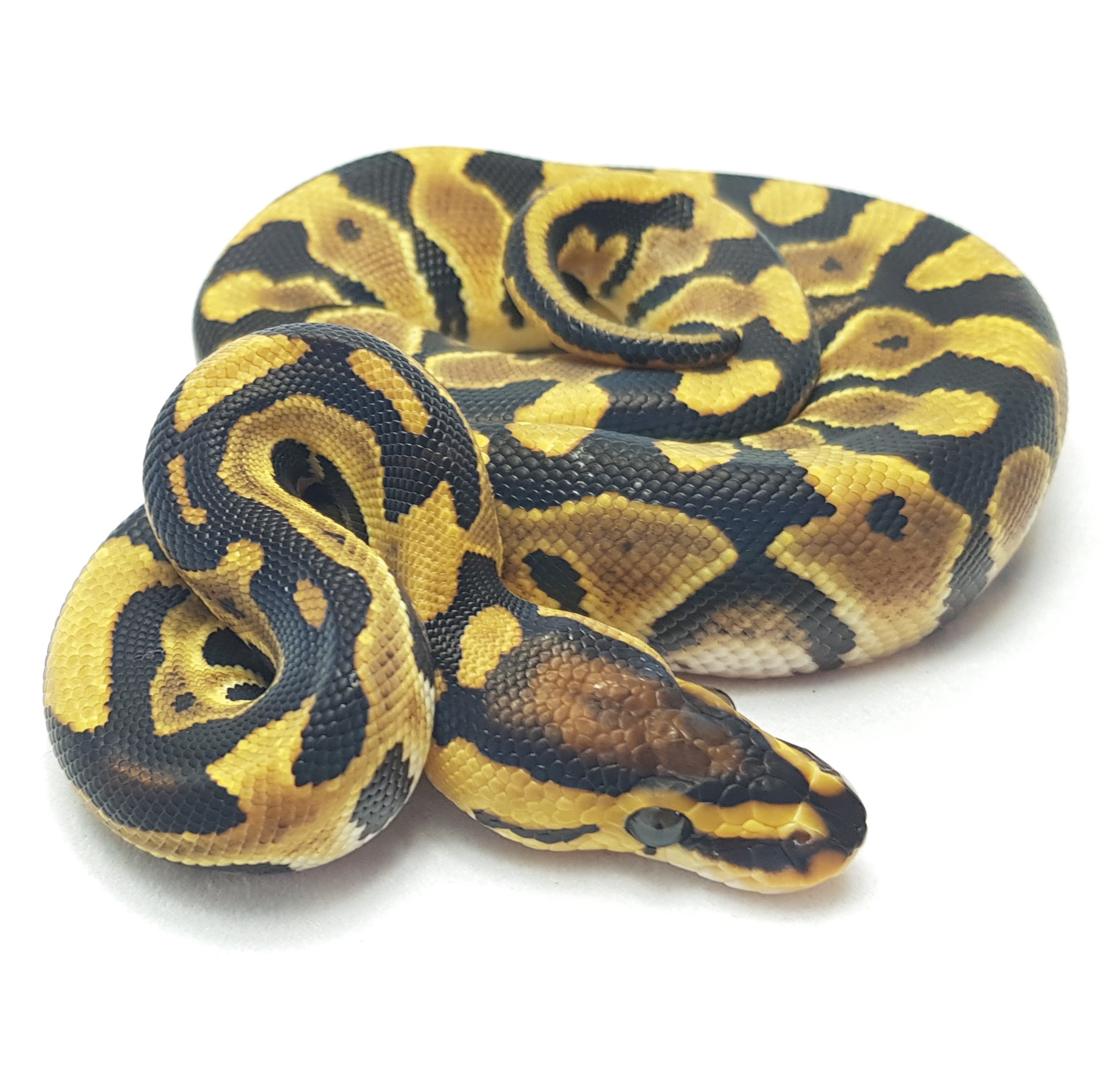 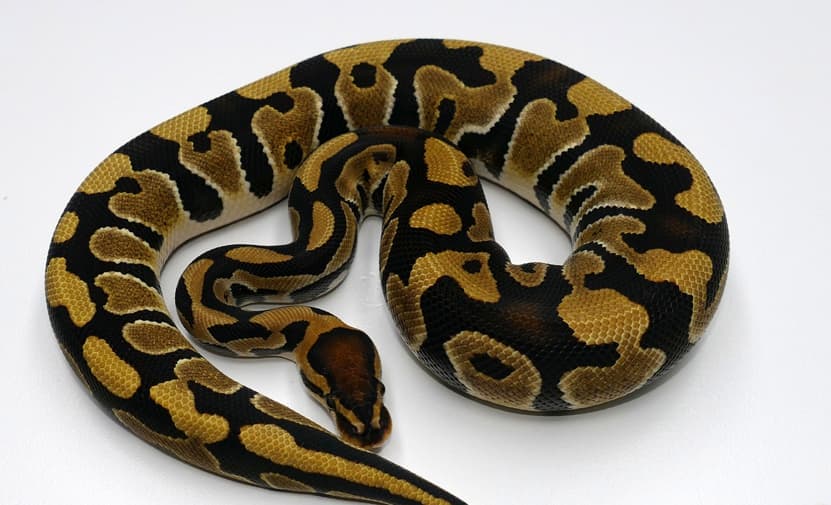