Zip Belly is an at least Dominant mutation founded by D & Jo’s Pythons in 2017. Its has so far proven to be connected to the Microscale mutation. Microscale is an incomplete dominant gene mutation that affects both the colour and pattern, with the super form being scaleless

Zip Belly has not shown any negative effect in any way, even during shedding.

D & Jo’s Pythons were among the first breeders to get into the Microscale’s project in 2017, even just before Kevin at NERD.

At the time, Darren and Kevin had spoken to each other about them, as they both knew the guy who was selling them (Rat Trap Reptiles), and were really excited because both were 100% positive that they were a different mutation to the Scaleless Head produced by Brian Barczyk seven years prior. Brian also attested to this when he visited NERD and saw Microscale’s himself in a video with Kevin. [1]

Darren purchased 1:2. A grown male and female pair and a het Albino female for $75,000! The females were a couple of years away from breeding size but the male, once out of quarantine and fed up a bit, bred about six months after getting them.

In their first clutches Darren noticed something odd, there was between one to three animals out of each clutch with what could only be described as “zip” like bellies of varying degrees, of which D & Jo had never seen anything like in the past.

Non of the original 1:2 group displayed this, so excited with this strange trait, Darren sent pictures out to all of the breeders involved in the Microscale project to see if others had had the same results. As it turned out, D & Jo’s Pythons were the only people in the world to be producing Zip Bellies.

Through breeding trials Darren has so far found that Zip Belly only happens on Microscales as they are yet to see it on any non-Microscale in same clutches. And as of yet a Super has not been proven.

As with Microscale Ball Python’s, Zip Bellys heads can range from missing a few scales to the whole crown being absent and a bald patch under their chin. Scales are usually smaller in size than a Normal. Coloration and markings are usually consistent with that of a Normal Ball Python.

Like the body of the Microscale, the Zip Belly Ball Python does not follow the same patterning of a Normal Ball Python, like the Scaleless Head does, but rather displays an Enchi-like banding of alien heads and cleaner tones throughout the body.

Where most Microscales have very little markings on their bellies, the D & Jo’s Pythons Line (Zip-Belly) displays a line of scales missing down the belly causing a zip-like effect.

The funky zip belly is a trait of only the D & Jo’s Pythons Micros and something no other Ball Python has, including the BHB & WHS lines of Scaleless, so it is something very exciting and still remains to be seen whether it influences anything else!

The tail of the Microscale Ball Python follows the same pattern and coloration of a Normal Ball Python. Though scale count near the cloaca has been noted, it is yet unconfirmed if this is a genetic trait with all Scaleless Ball Pythons. 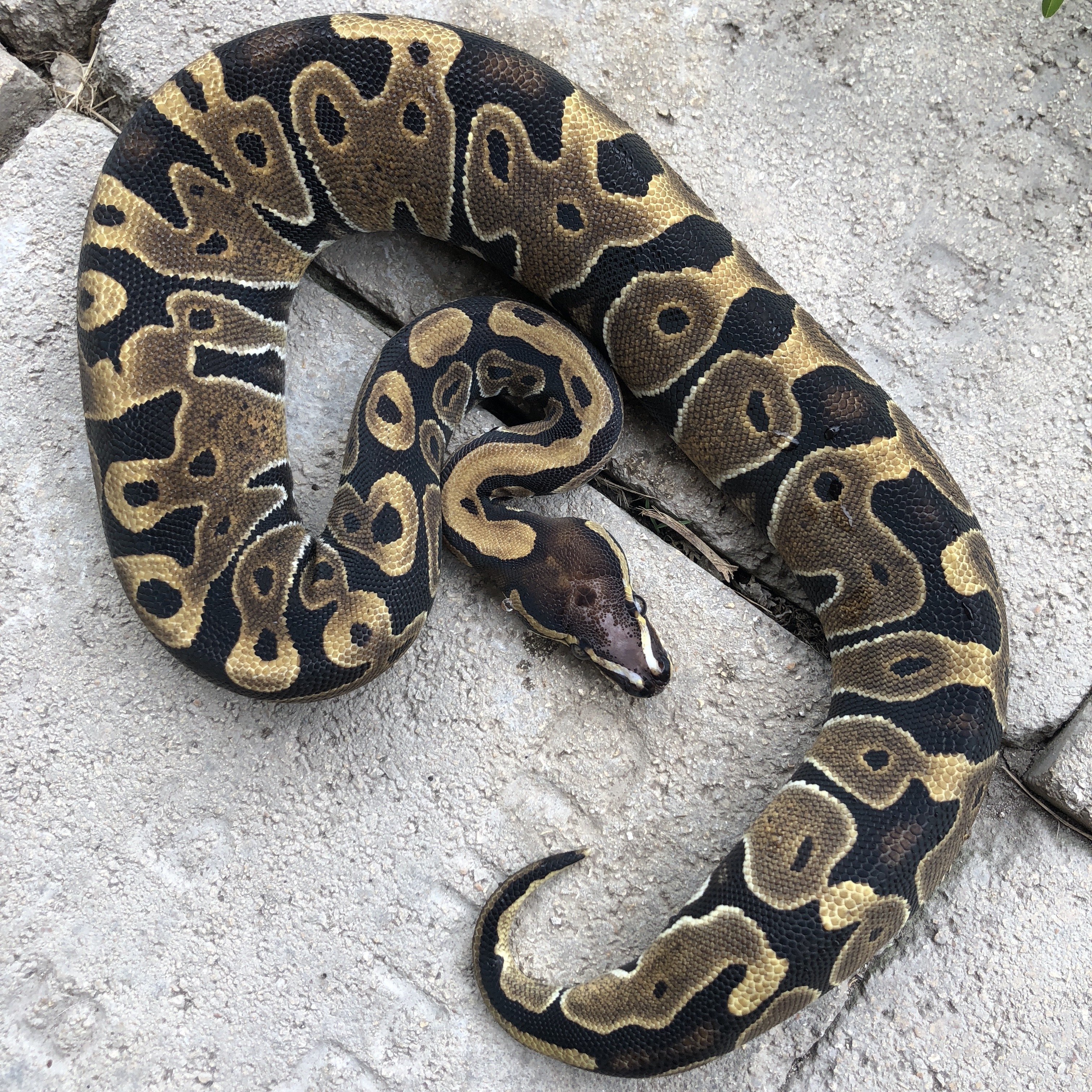 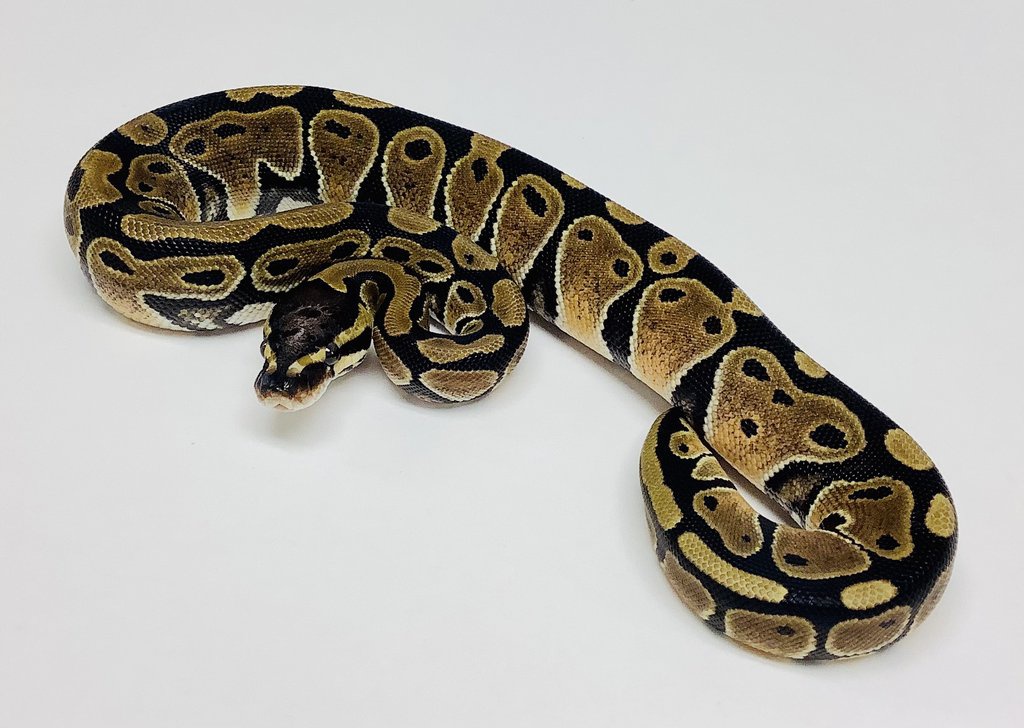