Stripe corns have two parallel stripes running most of the length of their body. Stripe can also have a bit of a hypo-like appearance.

The head of a Stripe corn often has a pattern that looks like a pair of horns or evil eyebrows, with a paler background color. Stripe corns can also have the traditional V-shape behind the eyes, but with either pattern, it will not connect to the stripes that start at the beginning of the neck. The head pattern can also include other small dots or markings. The V-shape or horns, and nose band are typically very reduced, compared to a non-stripe corn. The nose band may even be nonexistent. The eyes typically are orange or brown, matching the snake’s background color, with black irises.

The body of a Stripe corn has two dark stripes starting at the neck and running parallel down the length of the body. The Stripes often break up into dashes about two thirds of the way down the body. Occasionally the stripe may connect in the middle. Stripe corns also generally have two thinner stripes located on the sides of the snake that also run the length of the body. These thinner stripes might present as dashes or dots, and continue to break up the further down the body they go. Otherwise, the sides of the body are clear of pattern.

The belly of a Stripe corn is solid white. Some color bleed starting at the tail and going partway up the belly may be present. The occasional black freckles might be present as well. There are no belly checkers on a Stripe corn.

The tail of a Stripe corn usually just has a few dots or dashes, or may be completely plain.

There are a few ways Stripe can present itself:

Cube Stripe does not look very striped (although some stripe may still be visible). Bowtie or cube shapes run the length of the body instead of a traditional pair of stripes.

Patternless is an even more extreme version of vanishing pattern, where the snake has no stripe at all (or very, very little), but is still genetically a Stripe.

Sunspot looks a bit like Cube Stripe, but instead of cubes or bowties, it has dark ovals on a light background running down the body. 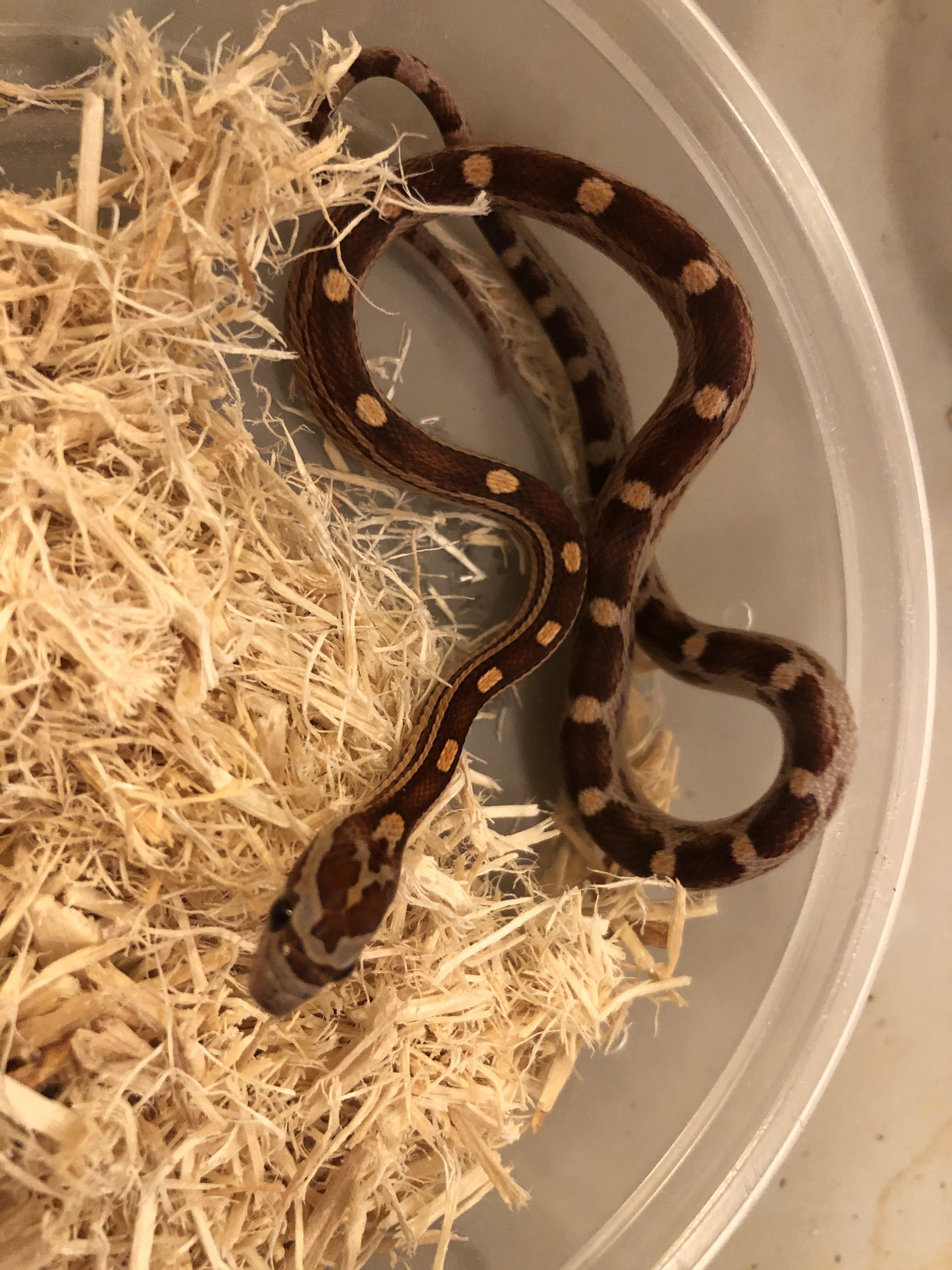 Corn snake morph questions
What new reptiles have you bought recently?
Contribute to This Article