This is a project I have been working on since I acquired a clean/pretty chocolate colored female Soft Scale in 2004 from a wholesaler. I immediately noticed a difference in her look and feel, and I decided right then that I would at least hold back all of her offspring for the first couple years to see what happens. Being a big reptile morph guy since I was a teenager, I had seen the introductions of variou bearded dragon and colubrid morphs with similar appearances. Because I was aware of those, this morph, fortunately, didn’t just slip through my fingers when I encountered it.

Since it was a unique scale structure or texture that I hadn’t seen (or felt) before, I decided to breed her to Harry, an unusually spiny/shaggy looking male that matched her color and pinstripe pattern. I figured that way I would have two unique “side projects” in one, and regardless of how soft the soft scales got, Harry’s DNA would provide me with the best chance of maintaining great crest structure with the Soft Scales. The softness was indeed inherited by several of the first generation of Soft/Harry offspring, and we got some nice examples of Harry’s structure as well.

For several years I went about my business, crossing those geckos into other lines of Pinstripes and keeping all soft scales, which I did for a very long time, before finally breeding Soft x Soft and producing the first Super Softs.

Fun Fact: The Whiteout lateral markings that I developed within my colony, which also come in an Extreme/Super form that some people call “Whitewall” markings, actually started with geckos descended from the very first Harry x Soft Scale pairing. In fact, for years I thought Whiteout/Whitewall markings were part of the Soft Scale morph, but later found out they are inherited separately. In reality, it was my attraction to the Whiteout markings, and wanting to breed them to all my projects, that has made the Soft Scale morph so prominent in my collection over the past several years. - Anthony Caponetto [2]

The final three pictures above are showing a microscopic view of the scales of Soft, Super Soft, and Normal Crested Geckos. These are animals Lil Monster Reptiles bred from AC Reptiles. These photos are of exceptionally nice animals that exhibit the trait, the pictures are all of the same spot center of the head, right below the head stamp, on animals that were the same morph to make sure the coloration was the same. The Super to normal was genetically bred to know that the trait was contributed from both side. [3]

Soft Scale crested geckos have a dark grey or black ring around the edge of the exposed part of the eyeball. Soft Scales often have a steely grey eye colour.

It appears these geckos exhibit fewer bumps or scales on their skin than most non soft scale geckos, leaving more space between them, giving a soft feel to the gecko. The colour is enhanced, cleaned up and visually brighter than what you would see on a non-Soft Scale crested gecko.

The belly of the Crested Gecko is unaffected by the Soft Scale trait.

The tail of the Crested Gecko is unaffected by the Soft Scale trait.

Soft Scale crested geckos are quite new/rare to the public so please do your research and beware of anyone selling this label, as it’s not likely there are many actively breeding.

While there may be geckos out there who feel soft, or have some of the other traits I mentioned, the true test to find out if a gecko is a Soft Scale is to breed it - that’s how it was done here. If a gecko produces Soft Scales when bred to an entirely unrelated gecko, you will need to breed two of those geckos and then produce Super Soft Scales to know for a fact that you have a Soft Scale. [4]

We now have a 4th Breeder Geckological that has also worked this trait from unrelated animals which indicates the trait may have originated somewhere else. The Line Tom works with is called SAF. [5] 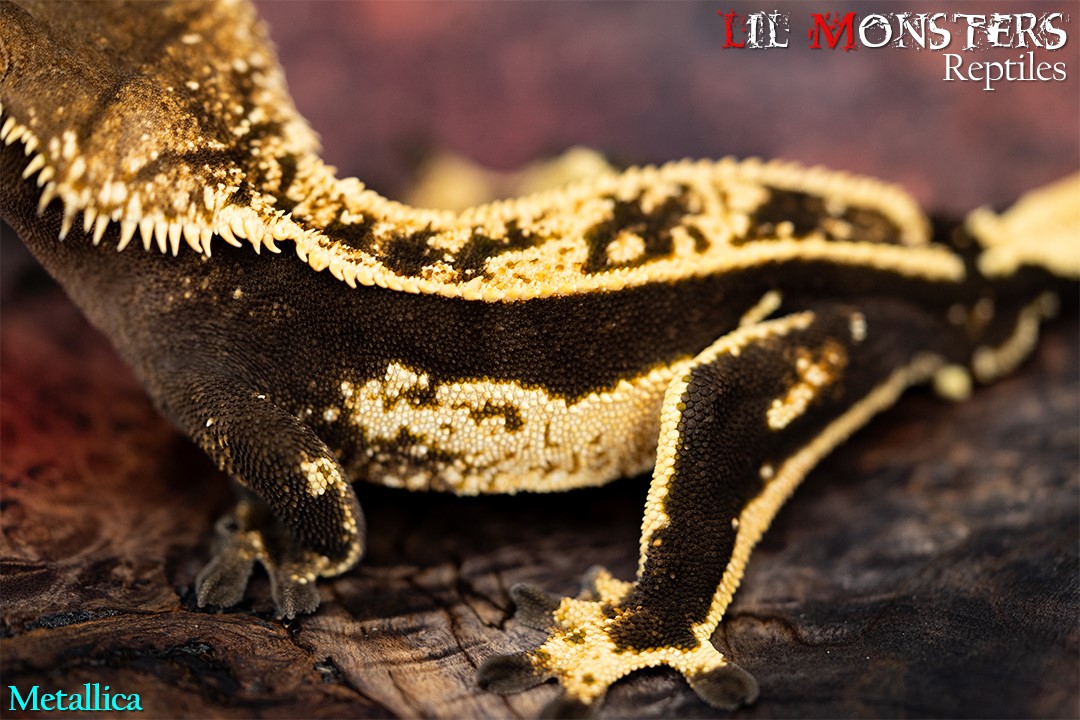