The Candy Ball Python is a colour altering mutation that reduces dark pigmentation, leaving high contrasting combinations of yellow, orange and purplish hues throughout its body.

Areas where melanin would normally be present are instead a lilac pink color which starts to develop as the snake matures. Adult candy-balls are somewhat paler in color than juveniles. [1]

Albino, Toffee, and Candy color morphs are caused by variants in the gene TYR. This gene encodes an enzyme called tyrosinase.

The Candy Ball is as hot as it gets when it comes to ball python mutations. The original Candy male was imported in 2006 by Outback Reptiles. The first visual Candy was produced in 2008, proving the mutation as a simple recessive trait. [2]

A deep orange/yellow crown sits on top of the Candy head, stripes cross both through and under the bright red eyes caused by amelanism.

The body of the Candy Ball Python has a normal pattern, but lacks the black pigmentation, which are replaced with orange or dark yellow.

Much like the Albino, the belly of a Candy is usually completely glossy white with no spotting or smudges. The “alien head” pattern from the sides can be seen fading as the scales meet.

As with the Normal Ball Python, Candy Ball Pythons tails tend to come to an end with a thin stripe or beads of pattern.

History:
The original Toffeewas imported through Outback Reptiles.
A genetics project found the gene where toffee/candy (along with a few other albino-type morphs) is located. They proved that candy and toffee are indeed the same mutation. [3]

Ball python breeders consider Albino, Toffee, and Candy to be different alleles of the same gene. Is this idea true? Yes and no. Yes, these morphs are all caused by variants in the same gene (the gene TYR). But no, these morphs do not necessarily correspond to different molecular alleles. The ‘Toffee’ and ‘Candy’ morphs appear to be caused by the same allele. We hypothesize that this morph was discovered twice and named ‘Toffee’ by one person and ‘Candy’ by another person. In addition, the morph described as ‘Albino’ is actually made of up two different molecular alleles. Some Albinos carry one allele; some Albinos carry the other allele; and some Albinos carry one copy of each allele. We hypothesize that the two alleles making up the ‘Albino’ morph produce similar color patterns and were not previously recognized by breeders as distinct. [4] 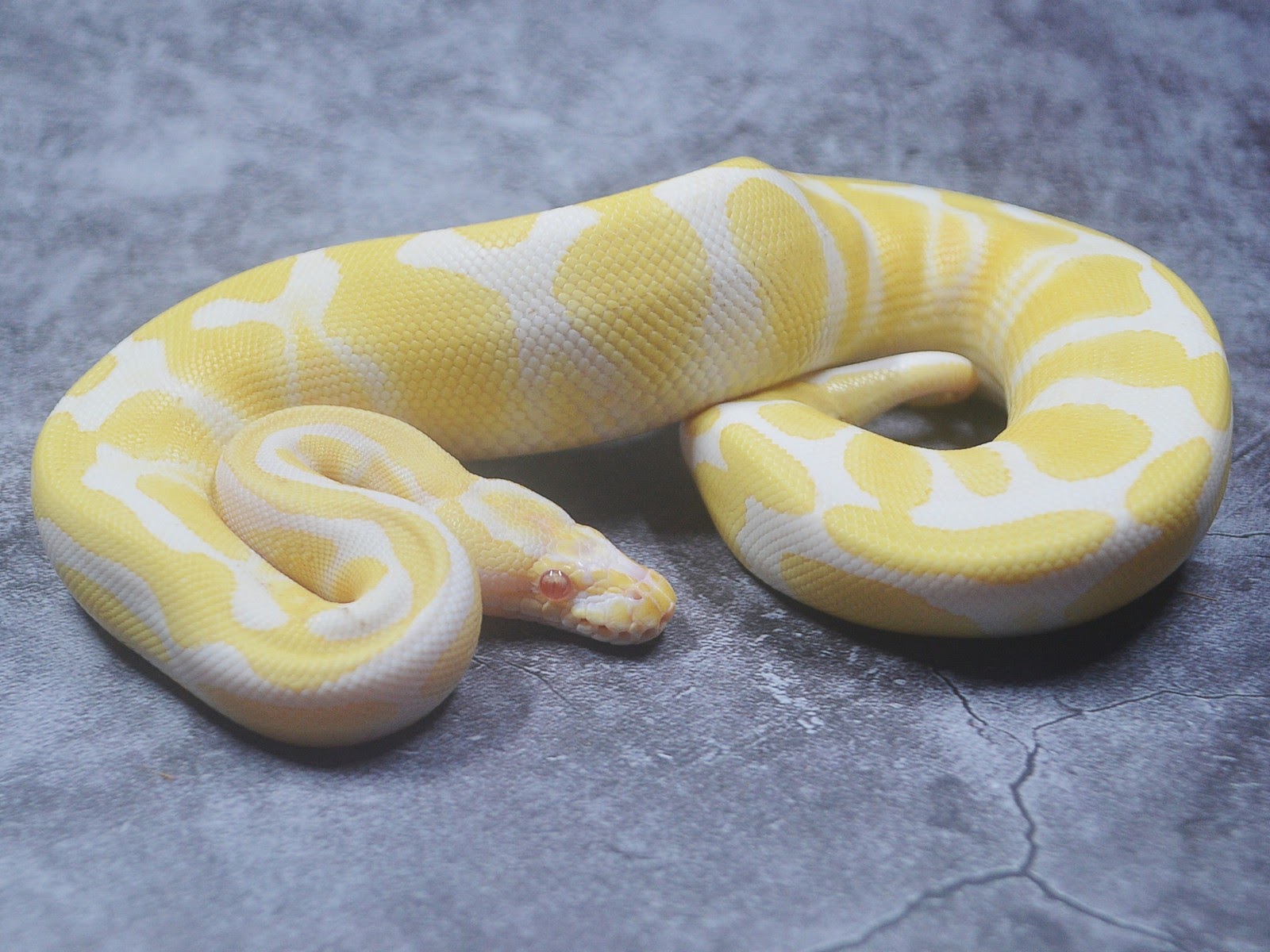