The Pastel Ball Python is a pattern changer and colour enhancer that can easily be told apart from a Normal Ball Python by the high contrast yellows throughout its body, as well as the “hook” and “ringed” shaped alien heads. Pastels also tend to have green eyes that can help tell them apart in a clutch.
There have been multiple lines of Pastel brought into the hobby from wild caught animals thought the past 25 years.

Around 1994, Greg Graziani picked up a male ball python from a reptile importer. A year later at a reptile expo, Graziani discovered that Kevin McCurley from New England Reptile Distributors (NERD) had a female which looked just like his. Both were certain it was genetic, however neither was willing to sell up. Around '97 Graziani bred his “Type 2 Jungle” to a normal female.

Greg expected a clutch of hets, but on July 22, 1997, when the clutch hatched, he discovered that all seven hatchlings looked like his “Type 2 Jungle” male.

Meanwhile, Kevin had bred his female but only one of the three eggs hatched. However it looked identical to Graziani’s “Type 2 Jungle”. [3]

Kevin started calling his “Pastel Jungles”, which is the term that stuck. Along the years the “Jungle” was dropped from the name and today it is simply known as the Pastel Ball Python.

Pastel Ball Pythons usually have faded/pale yellow heads at birth that darken with age, though some can keep the faded look. They are easily told apart from a Normal by the faded yellow crown, white lips and green eyes, though keep in mind that on rare occasions a Normal can also have green eyes.

Pastel Ball Pythons’ bodies can be told apart from Normals by the bright yellow scales within the “alien heads” and blushing within the black markers.

Pastel Ball Pythons have very clean undersides compared to the track-marks and spotting of a Normal Ball Python. Along either side of the belly, bright yellow ‘flames’ stretch up through the black markers into the body pattern.

The Pastel’s tail is much like a Normal Ball Python but follows the Pastel’s colouration.

Pastels show ‘blushing’ throughout their entire body, usually in between the “alien head” outlines. When combined with other morphs, these patches of blushing can cause huge contrast in body markings.

While not genetically related, there have been many “Pastel” named Ball Pythons throughout the years, but few have kept the coinage. 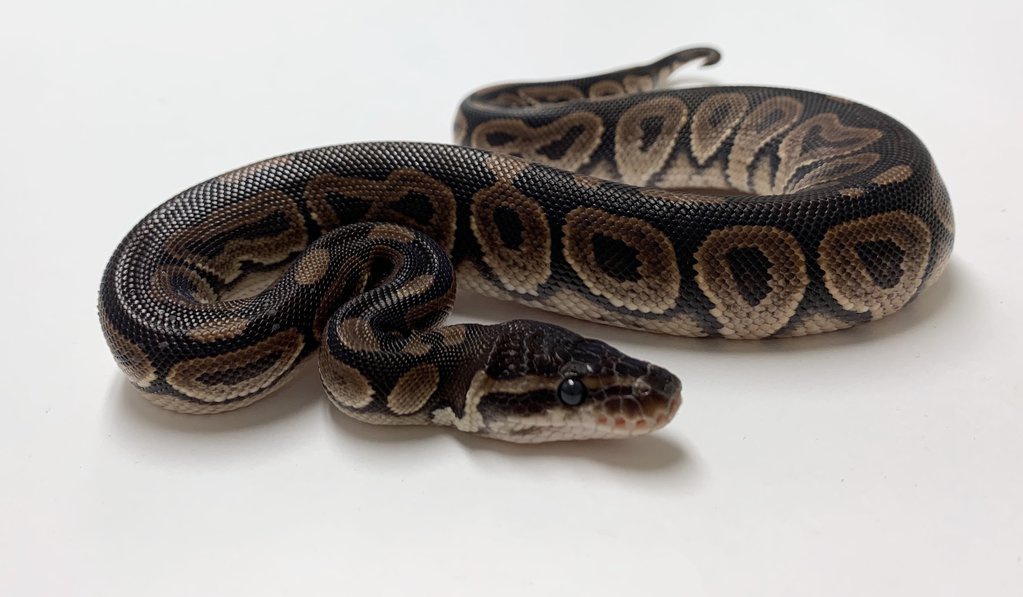 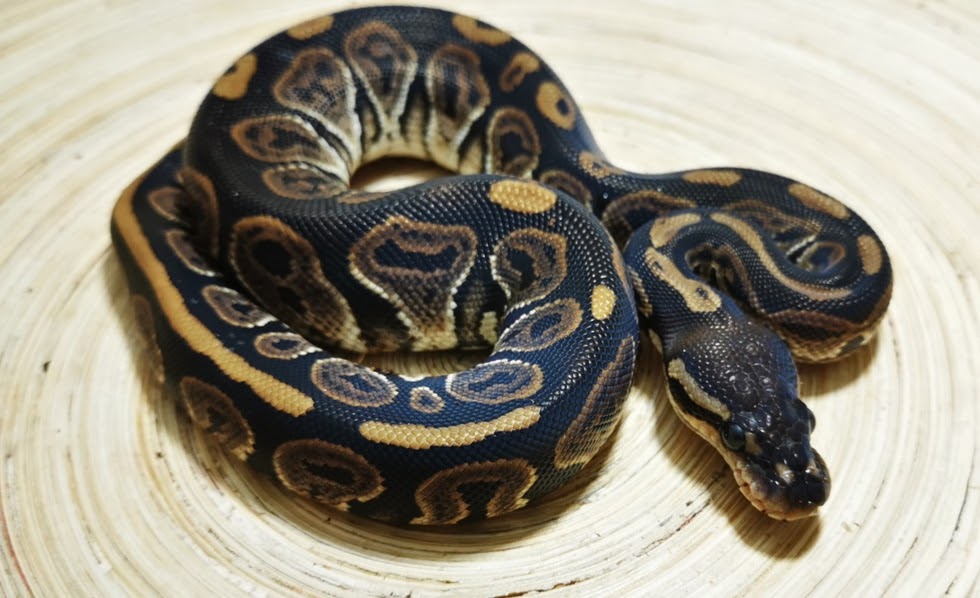