There are a few known viable Burmese Python hybrids.

The head is dependent upon the Hybrid in question.

The body is dependent upon the Hybrid in question.

The belly is dependent upon the Hybrid in question.

The tail is dependent upon the Hybrid in question.

The so called “Borneo Bat Eaters” are a 50/50 cross of a Reticulated Python and a Burmese Python. Typically a male Retic is bred to a female Burm. They have a brown/gold/olive base color with black blotches for the dorsal pattern as well as down the sides. Some say, their patterns resemble “camouflage.” The head looks more like a Burm but you can see the Retic influence, it is especially evident in the orange eyes.

Jungle Retics are the product of breeding a “Borneo Bat Eater” back to a Retic. Which means they are 75/25 cross, in favor of the Retic. NERD was the first to produce the “Jungle” Retics and within that clutch there was not one that looked like another. Some of them were striped, others banded and some that were just weird. According to Andy Deitz, NERD’s Retic specialist, they hit you like nothing else, it feels like you’re getting bit by an adult mainland.

Jungle Burms are the result of breeding a “Borneo Bat Eater” back to a Burm. Making them a 75/25, in favor of the Burmese. The few I have seen simply looked like glorified Burms with a weird Retic influenced head. The “Jungle” Retics are much more exciting. [1]

by boidsnake on February 21, 2013 [2]
"The first, and to date, only breeding of Burmballs (Burmese python x Royal python) was done in 2007 in Germany by Frank Kramer. At the time, he was housing a breeding pair of albino Burmese pythons with a male normal royal python. The female Burmese laid her eggs as normal, and it was thought nothing out of the ordinary would happen, until on May 4th 2007 her eggs began to hatch. Due to being a breeding of homozygous albino parents, Frank would have had the shock of his life seeing what looked to all the world like a normal nose coming out of it’s egg. Little did he know that this little normal looking Burmese hatchling would shake the world of captive bred reptiles for years to come.

His female Burmese python had laid a split clutch, some of her offspring were fathered by the albino Burmese, and as expected are albino Burmese pythons themselves, others however have an altogether different father, the Royal python who was sharing the vivarium with the Burmese pair had also mated with her, and the result was the Burmball.

To date (February 21, 2013), there are only 10 Burmballs in the world, 3 owned by the original breeder, 4 in the USA, 2 in Austria, and 1 lone female here in the UK. That female was purchased from the Hamm reptile expo by two of the biggest names in the UK reptile world, Scott Wilkinson (Captive Bred Reptiles) and John Berry (John Berry Reptiles). They co-owned her for well over 2 years, and in late 2009 chose to sell her.

It was at this point that she came to live here at Pi Reptiles.
Since her arrival we have had the pleasure of trying to teach the world about her true origins."

A few traits from other species (mainly Ball Pythons) have been carried over into the offspring of Burmese Python hybrids, including: 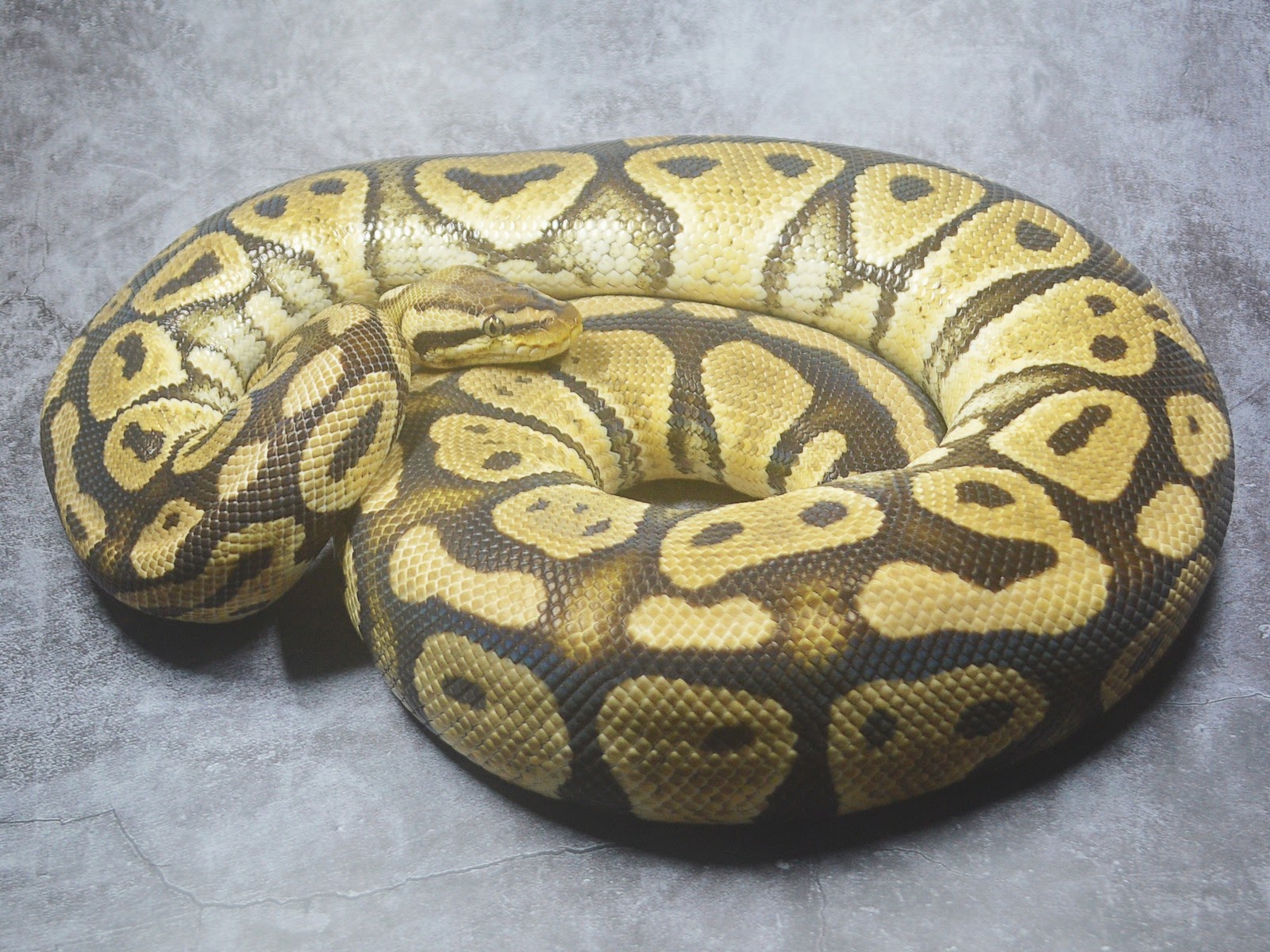 Hybrids - Lets Not Discuss Them!
Questions about hybrid snakes
burmball - Experts Forum at VenomousReptiles.org
Contribute to This Article