The Phantom ball python is an incomplete dominant mutation discovered in 2005 by Ralph Davis Reptiles. The Phantom alters both colour and pattern. According to Ralph Davis, the Phantom was a gene that “kinda happened by accident”.

Some time around 2001, Ralph raised an odd female African import and bred her to his Goblin male because she had a similar, though less aberrant, look to her and he was interested in pushing his Goblin project further. The pairing produced offpring that resembled the African import, as well as Normals and what Ralph calls “Goblin Markers”. According to Davis, “Markers” had a lot of the Goblin traits in the sides and the belly scales.

A year later, Ralph made the same pairing and got the same results, leaving him “stoked” at the idea that the import may be genetic, but they were nothing special in his eyes. The “Markers” were what had Ralph’s attention as he figured they came from the Goblin father, meaning his Goblin project was moving forward.

He went with a Lesser male to breed to two Phantom females without high expectations because “the Phantom is so drab looking”, but both clutches produced Blue Eyed Leucistic ball pythons.

The head of the Phantom ball python is usually completely covered by a light brown colour, with a very little, if any, spot of blushing.

The body of the Phantom ball python usually displays little amounts of blushing along its black/dark brown body, which is made up for by the bright contrasting “flames” that come up from between the light yellow “alien heads”. The alien heads themselves are usually more triangular than that of a Normal ball python, with the majority tending to have singular “eyes”/“keyholes”.

The tail of the Phantom ball python usually expresses very little blushing as it follows the colouration of the rest of the body. 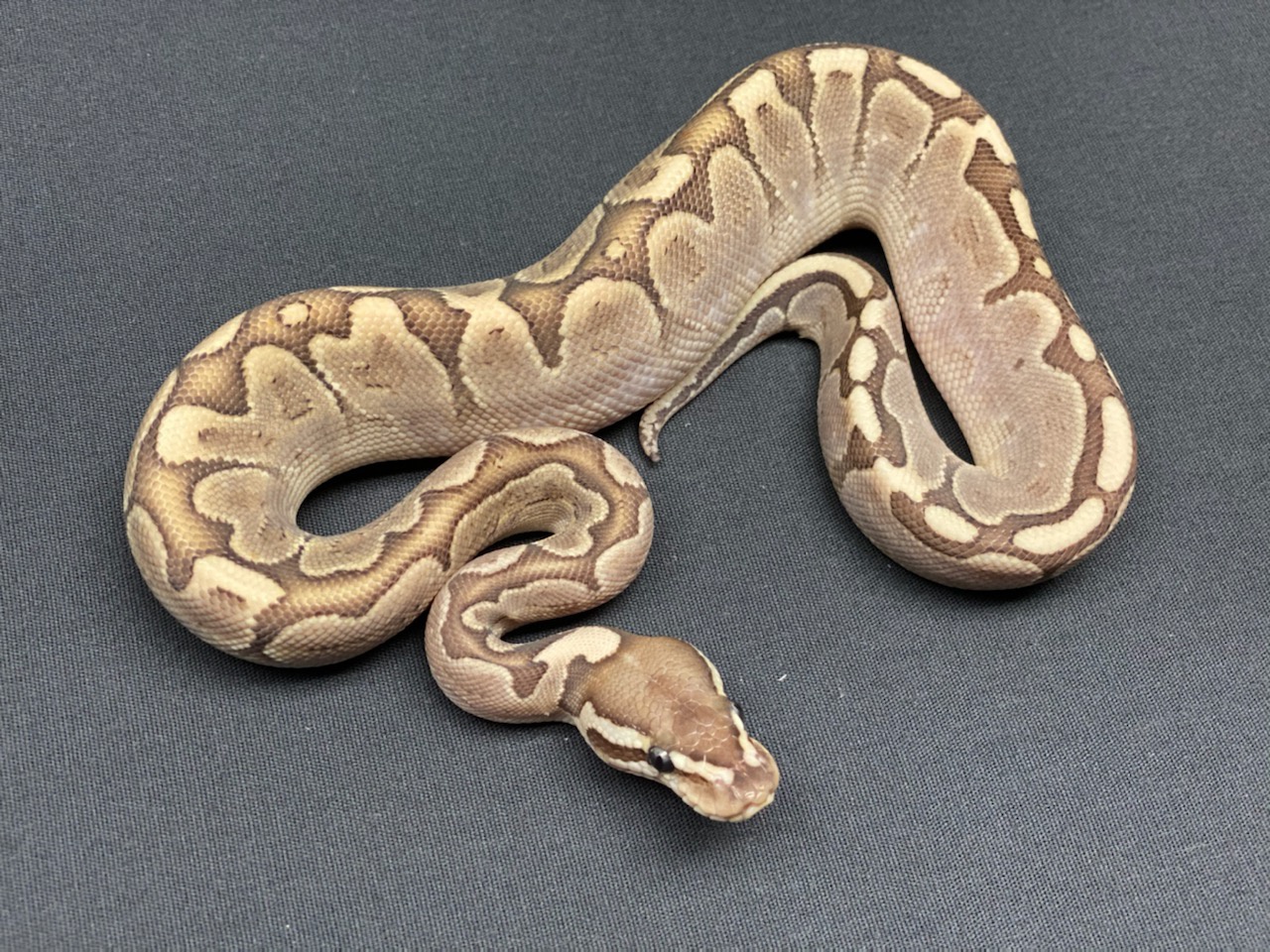 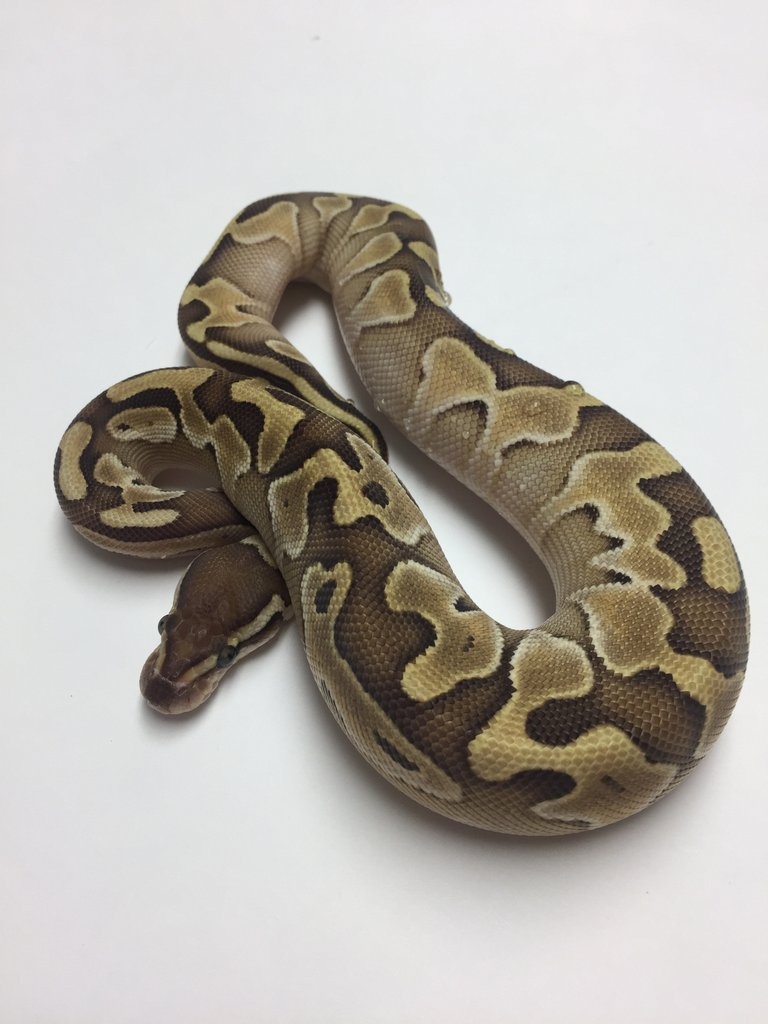 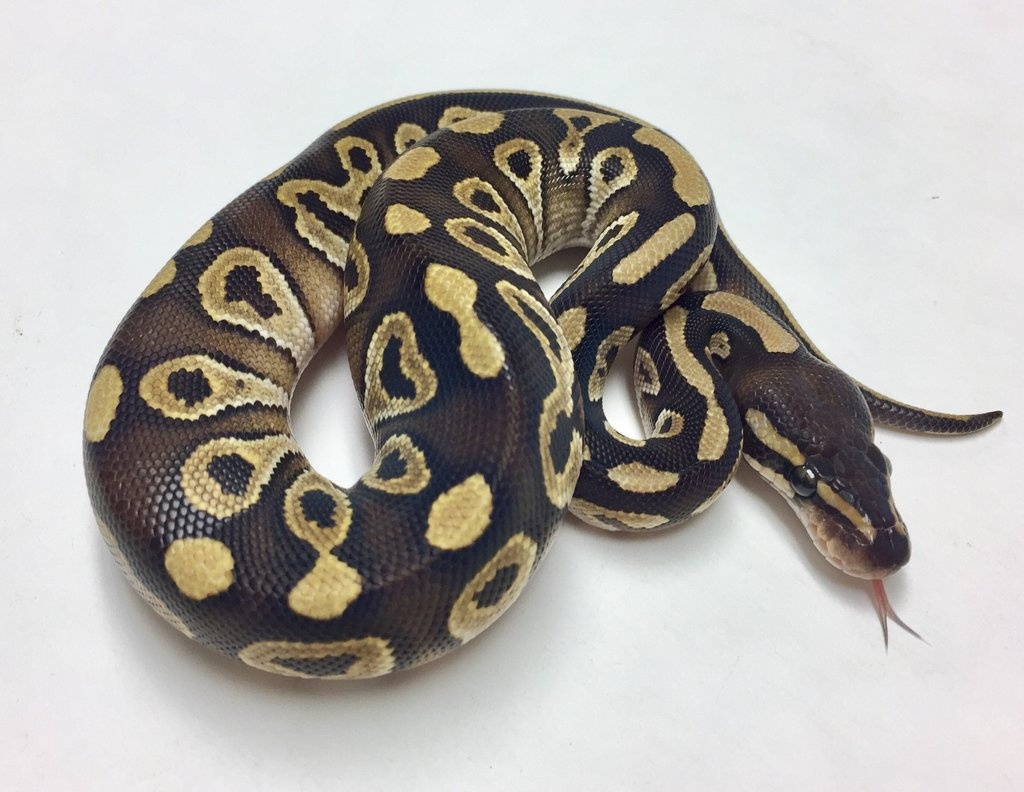 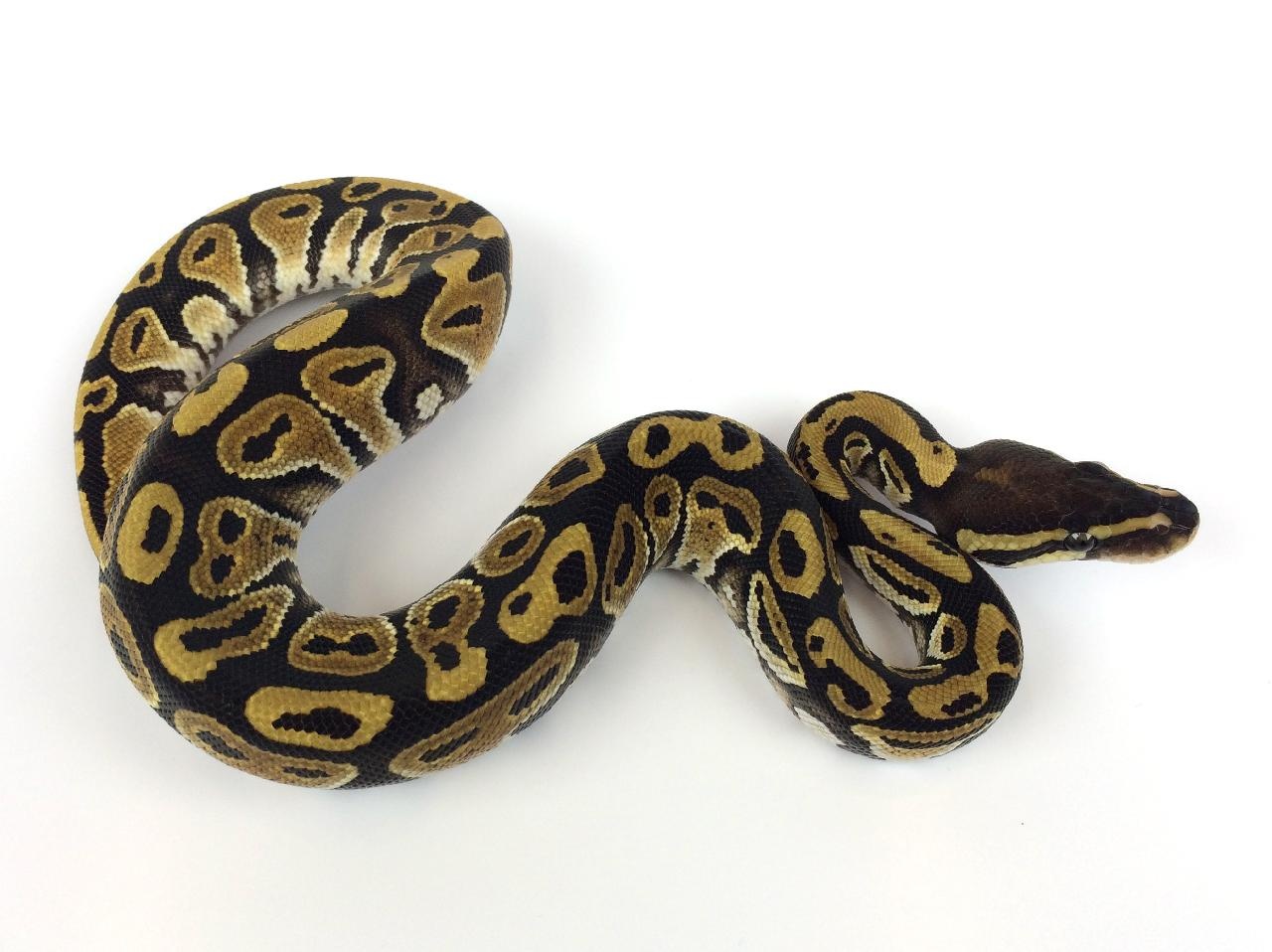 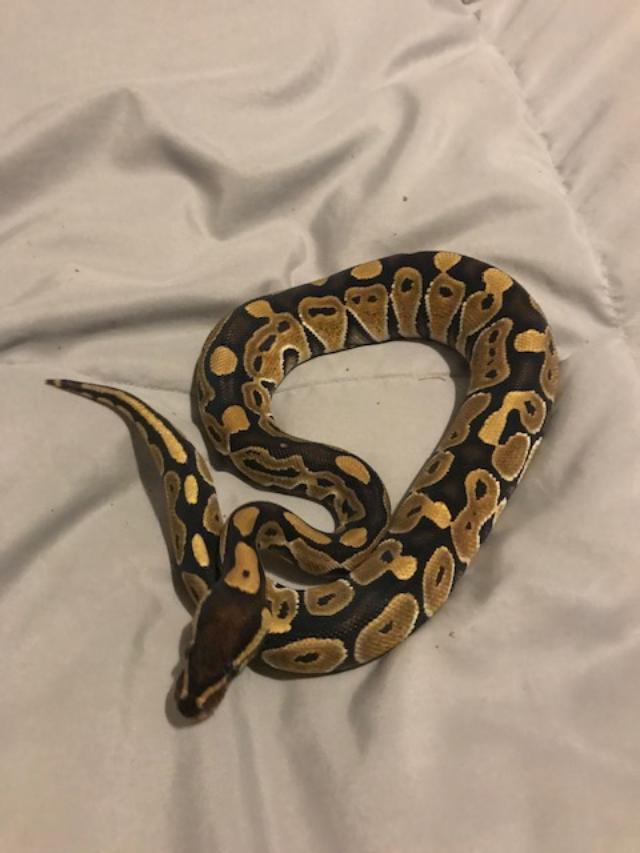 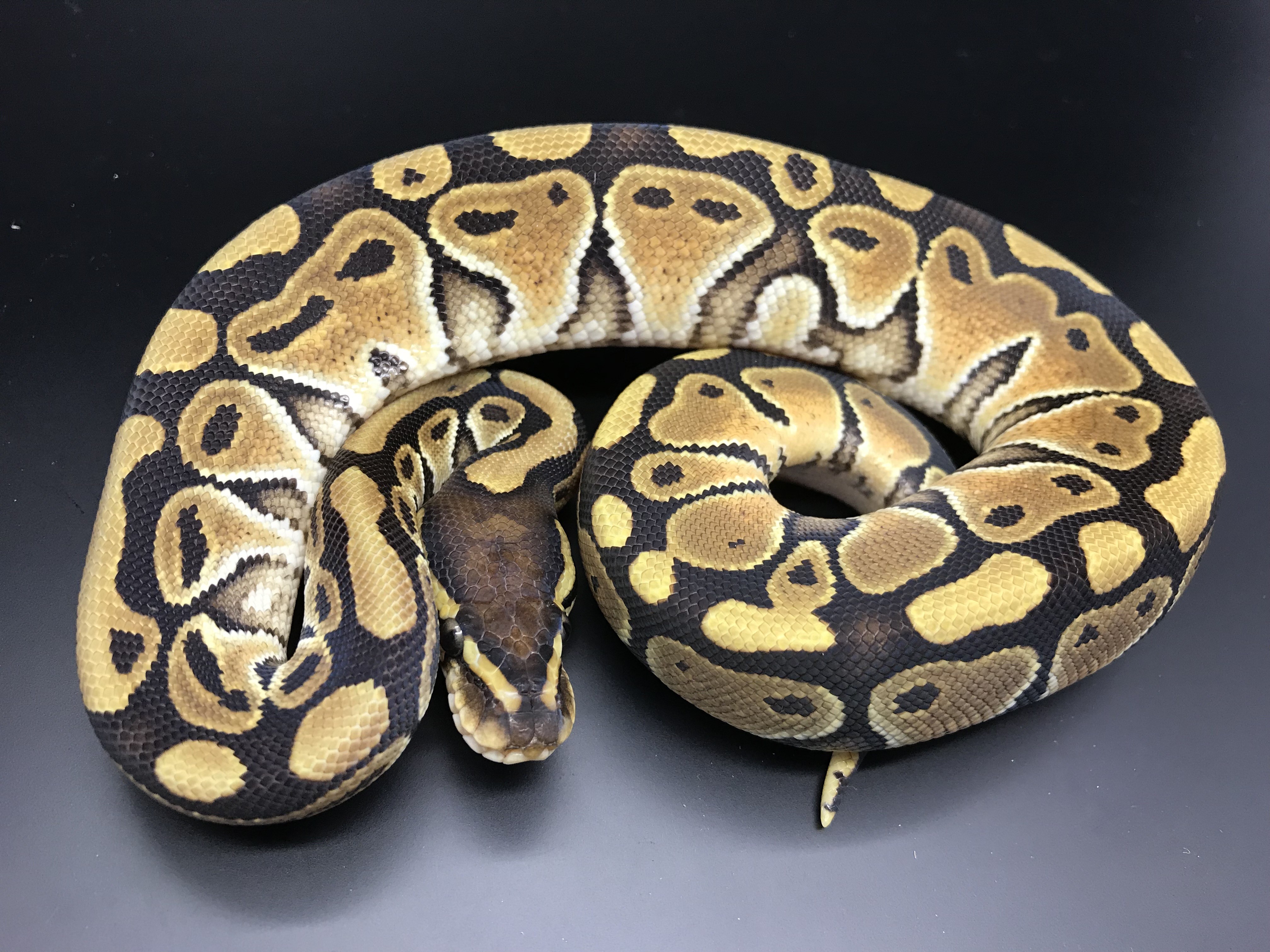 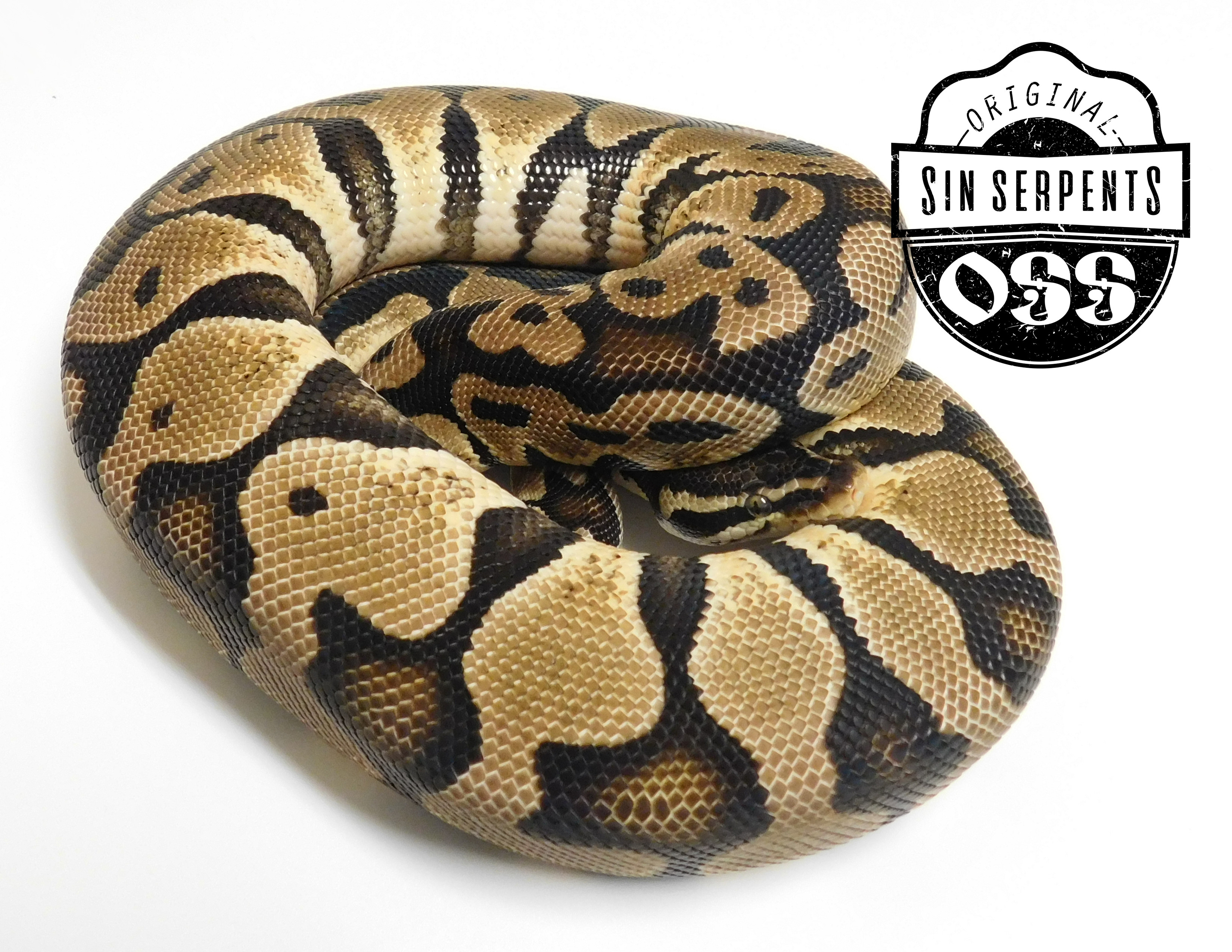 Mystic Phantom
Let’s see your Phantoms
Contribute to This Article